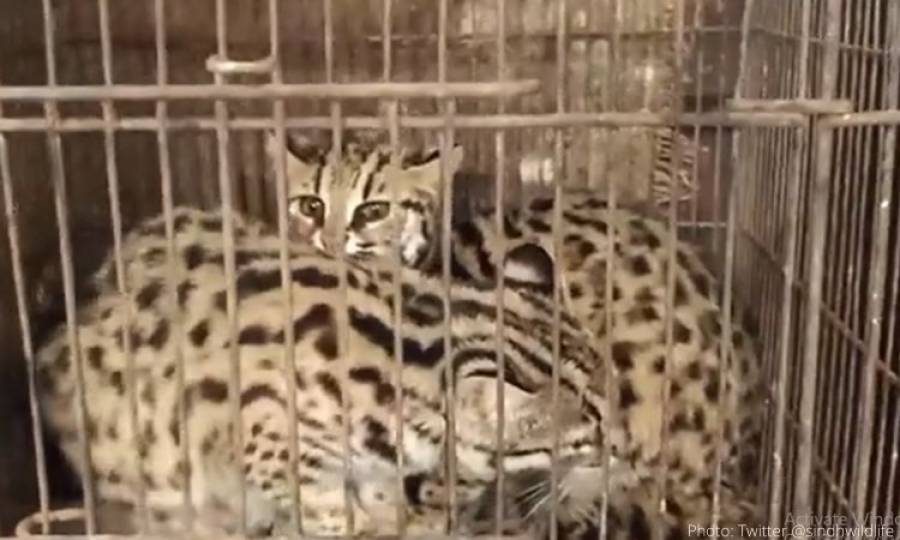 KARACHI: Officials of the Sindh Wildlife Department announced that they had rescued a pair of leopard cats held in captivity in Karachi.

The wildcats' captors put up an ad on Facebook in order to sell them. As soon as they were made aware of the posting, department officials posing as purchasers contacted and tracked down their perpetrators.

They suspect the two leopard cats, one male and one female, were smuggled to Karachi illegally from Pakistan's northern regions.

Officials asserted that there would be a few days of rehabilitation and reintegration before the animals are returned to the Margalla Hills National Park.