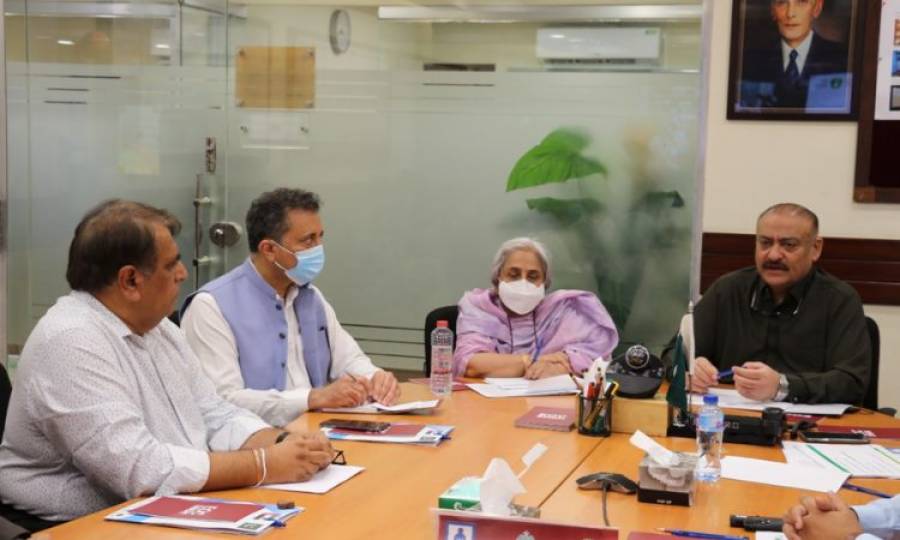 During the meeting, the Coordinator, EOC Sindh, briefed Abdul Qadir Patel, Federal Minister for National Health Services, Regulation & Coordination, on the district-wise risk categorisation in Sindh and the actions taken in Sindh in response to the recent polio outbreak in the country. He informed the participants that the number of persistently missed children had reduced significantly in Sindh because of the special initiatives, supplementary immunisation activities and health camps being conducted across the province, especially in Super High-Risk UCs and High-Risk UCs.

The scope and readiness of the upcoming vaccination campaign, starting in Karachi and Hyderabad on August 15th 2022 and the remaining 22 districts from August 22nd 2022, were also discussed. Abdul Qadir Patel was informed that the teams aim to vaccinate 9.9 million children under the age of 5 across the province during this campaign, out of which 2.7 million children reside in 8 Very High-Risk Districts.

“Sindh‘s Polio program has set an example for the rest of the country, and these efforts need to continue to ensure that the province stays Polio free” said Abdul Qadir Patel in the meeting. Pakistan is one of the two polio-endemic countries in the world, along with Afghanistan and has so far reported a total of 14 polio cases from Khyber Pakhtunkhuwah in 2022. Teams are being extra vigilant, and it is extremely crucial to reach vaccination targets to make sure that the virus does not enter Sindh.