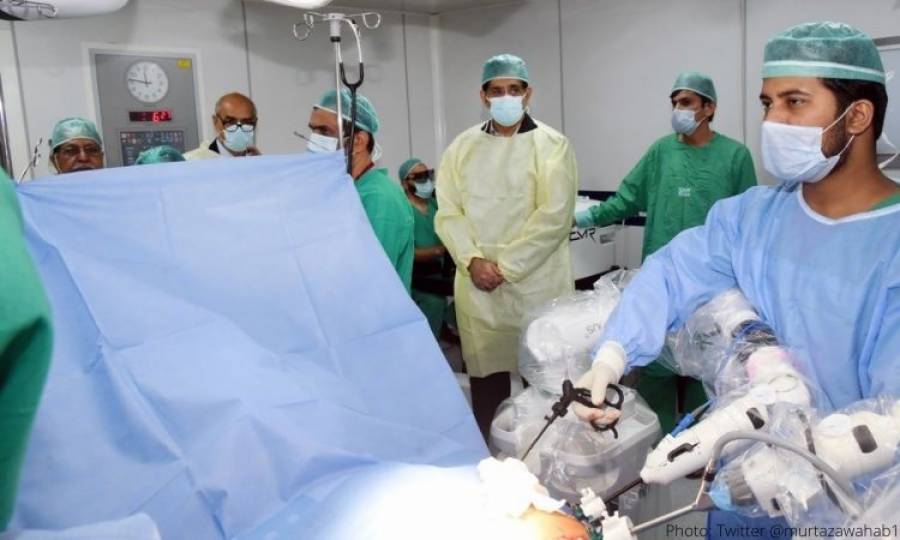 KARACHI: Sindh Institute of Urology and Transplantation (SIUT) would soon launch a robotic surgery facility at its Chablani Medical Center at Sukkur.

The decision to establish the unit was expressed by SIUT in communication to Syed Murad Ali Shah, Chief Minister of Sindh.

The proposed unit is scheduled to start operations by the end of next month.

SIUT described in its communication to Murad Ali Shah that Institute, as a part of its laid down philosophy, believes strongly in extending its clinical facilities to the outlying areas of the region so that the population living in far-flung areas can avail state of the art modern surgical facilities at their doorstep.

Robotic surgery had been touted as the surgical of the future in the realm of medical sciences. Surgery has already acquired pace in the industrialised world. It has several redeeming conspicuous qualities as it leaves fewer surgical scars, reduced loss of blood and limited stay of the patient at the hospital. The robotic unit of SIUT at Karachi has already done over 1000 surgeries throughout the past few months. All operations and treatment at SIUT are provided free with dignity.