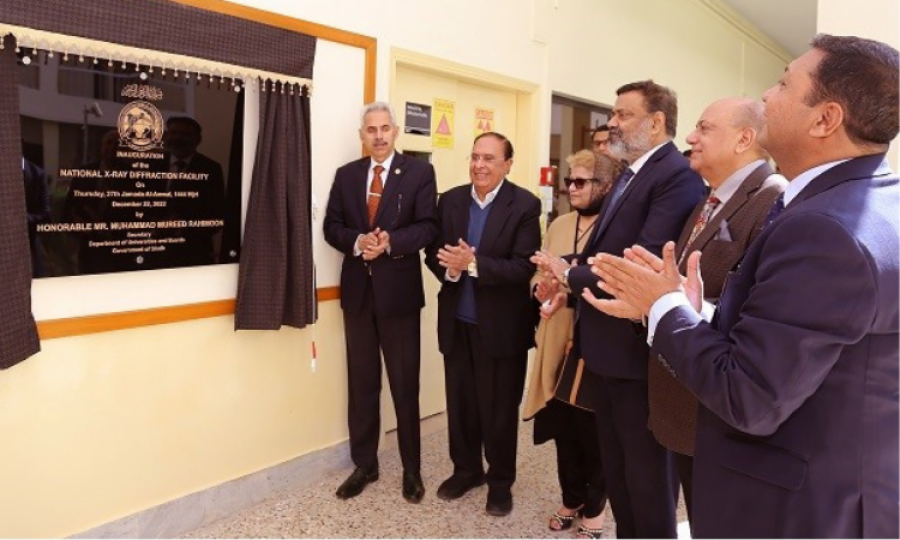 Speaking on the occasion, the secretary said that it was an honour for him to inaugurate the National X-Ray Diffraction Facility at the ICCBS. The international center has the largest X-Ray instrumentation laboratory which is developed to serve as a national facility for material characterisation, industrial testing, mineral analysis and drug discovery and development, he said, adding that we are pleased that this project was supported by the Universities and Boards for the Latif Ebrahim Jamal Nanotechnology Center, as a part of the vision of the provincial government to build national capacity in this important sector.

He further apricated the national services of the ICCBS, including its services to the industries, Sindh Forensic DNA Serology Laboratory, and pharmaceutical testing, etc.

The Sindh Government is committed to further strengthen this premier institution (ICCBS), and make it a model for other institutions of our province and our country, he stated.

Prof Dr Khalid Mahmood Iraqi, Vice Chancellor University of Karachi, in his speech, welcomed the secretary universities and boards, and said that the new X-Ray facility was the only of its kind in the country which was capable of performing of all kinds of solid phase analysis, including powder diffraction, and single-crystal X-Ray diffraction techniques.

This is a new addition in the world class instrumental facility of the International Center for Chemical and Biological Sciences, he said.