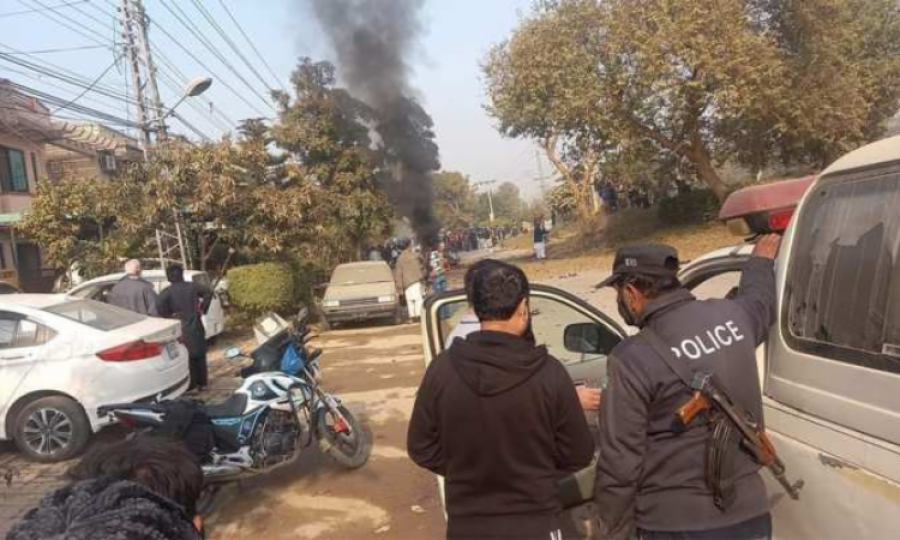 ISLAMABAD: Reportedly one policeman and several injured at a suicidal bomb blast in Islamabad's sector I-10.

The Interior Minister, Rana Sanaullah, speaking to the media regarding the incident said that a man and woman entered the Federal capital through Rawalpindi. A team member from the Eagle squad stopped the vehicle for snap chacking when both the terrorists initiated the explosives. According to the minister, the vehicle was laden with explosive material.

The incident left six people, including four policemen injured, whilst the policeman that stopped the vehicle for checking lost his life. Prime Minister Shehbaz Sharif has condemned the incident and demanded an immediate detailed report regarding the incident from the authorities. Investigation into the incident is underway by authorities currently present at the scene.