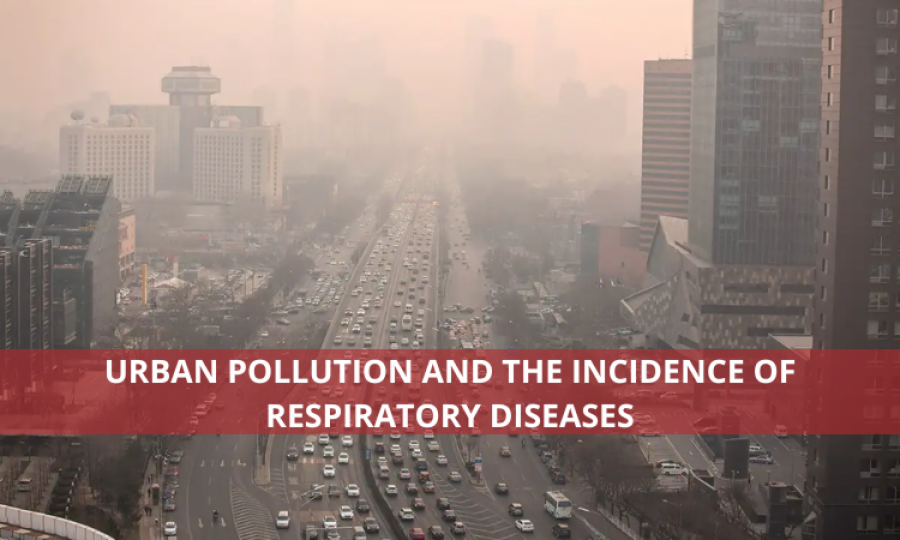 Air pollution is a major environmental and medical concern in today's world. Air pollution contains various harmful particles that may have acute and chronic effects on the respiratory system. Often, there is an increased severity of air pollution in urban areas, as compared to rural ones, due to industrialization and increased fossil fuel consumption.

According to the World Health Organisation, 99% of the global population is currently exposed to polluted air. Annually, around seven million people die each year due to air pollution. The United Nations Environment Programme (UNEP) noted that when people are exposed to air pollution and extreme heat, there is a 20% higher risk of death.

In the World Air Quality Index of 2021, Pakistan was ranked as the third most polluted country in the world, and major cities, like Lahore, are regularly rated as some of the most toxic cities in the world. According to Fair Finance, an organization working on climate change, at least 128,000 deaths are reported in Pakistan every year due to air pollution and associated diseases.

Smog and its composition

The word "smog" is a combination of the words smoke and fog. It is a type of severe air pollution seen in Pakistan in the winter seasons. It is mainly composed of tropospheric ozone, sulfur oxides, smoke, nitrogen oxides, carbon monoxide, volatile organic compounds (VOC), pollen, dust, ammonia gas, and other chemicals. These components are highly reactive and extremely dangerous to living organisms.

Urban areas like Lahore have been impacted the most by smog as it is an overpopulated industrialized area with a massive traffic issue. Some causes of smog include vehicle emissions, industrial pollution, fossil-fired power stations, waste burning, and coal burning in numerous brick kilns.

As a result, nitrogen oxide emissions come from vehicles, coal-powered stations, and factories. Moreover, VOCs are released by gasoline, paints, and cleaning solutions. These interact with sunlight to cause photochemical smog.

●      Babies and children, as they breathe faster than adults

●      The elderly, due to higher respiratory rates

Effect of air pollution on the body

Inhaling air pollutants can lead to airway inflammation, shortness of breath, coughing, wheezing, asthma attacks, and chest pain. It can also cause headaches and irritate the eyes and skin. Moreover, it can hinder the immune system, leaving the body more prone to illness. Being exposed to air pollution can also lead to an increased risk of contracting lung cancer, heart attacks, stroke, and premature death.

●      If you suffer from asthma or chronic obstructive pulmonary disorders, then carry your inhaler at all times

The author is contributing writer at Medical News Pakistan and can be reached at nehl9967@gmail.com